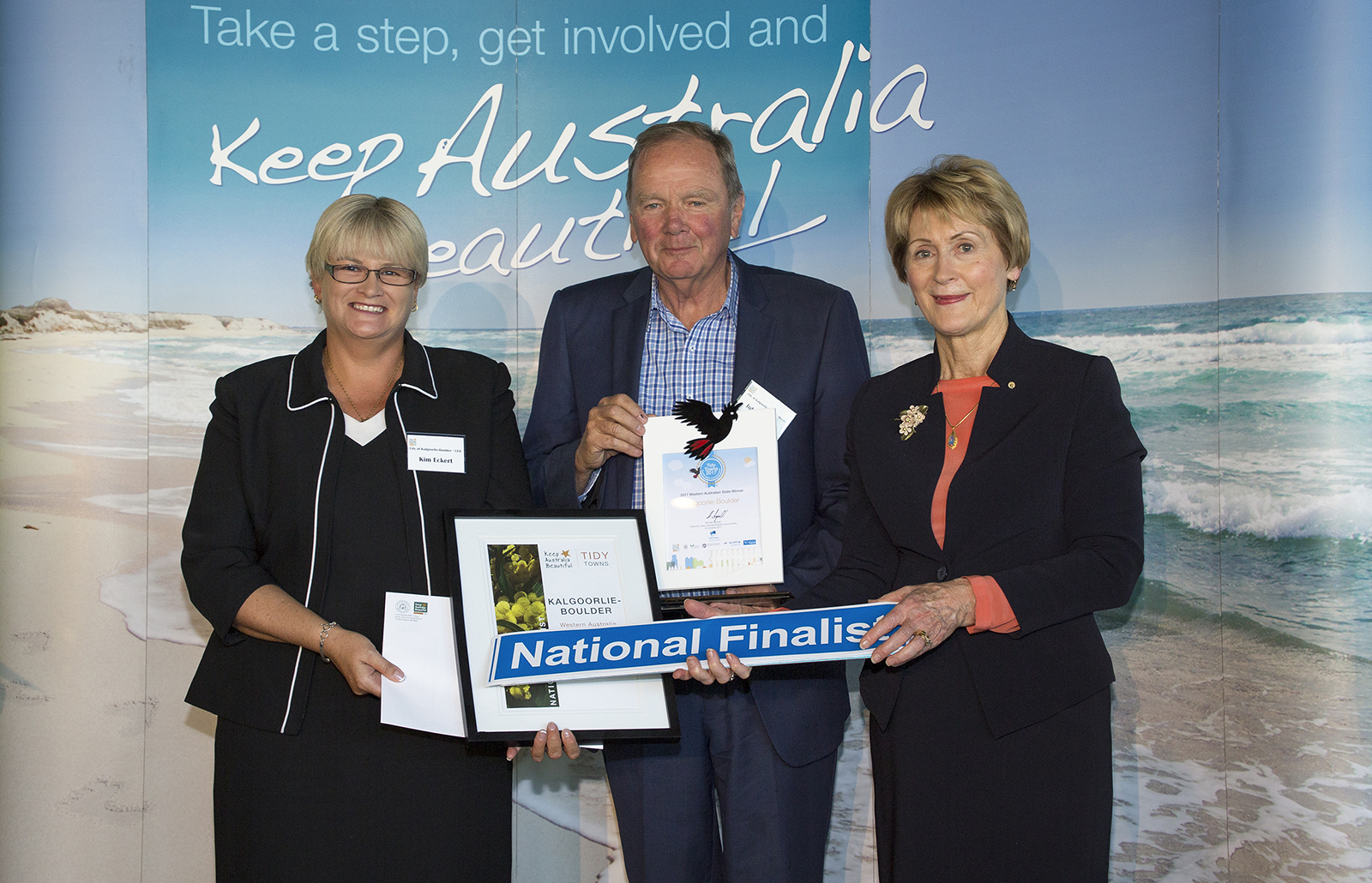 Kalgoorlie Boulder will represent Western Australia at the Australian Tidy Towns awards to be held in Barmera, South Australia in April 2018.

With a population of over 30,000, Goldfields community Kalgoorlie-Boulder,  is one of the largest regional communities in Western Australia. Participating in Tidy Towns over many years and having been consistent category winners, it is a credit to the Kalgoorlie-Boulder’s community’s dedication that they are the Tidy Towns State Winner 2017.

The Town of Kalgoorlie was founded in 1893 during the Coolgardie gold rush and amalgamated with the Shire of Boulder in 1989. Today Kalgoorlie-Boulder is known for its ‘Super Pit’, rich mineral deposits and a high amount of heritage buildings, recently returned to glory.

The dedication and commitment to getting things done is evident with over 500 volunteers contributing 6000 hours to environmental and cultural projects in Kalgoorlie-Boulder. Projects have included roadside revegetation, community garden, Heartwalk festival, Eco education initiatives, solar program and water savings as well as invasive cacti eradication.

The Kalgoorlie-Boulder Urban Landcare Group continues to grow in numbers and increase collaboration and engagement with the local government, community and organisations.

This organisation plays a vital role in protecting and enhancing the natural environment and has a range of programs to engage young people in environmental projects to enhance the sustainability of their community. The Explore Karlurla Student project is a typical example of how the environment, different groups and technology are combined to bring outstanding results. 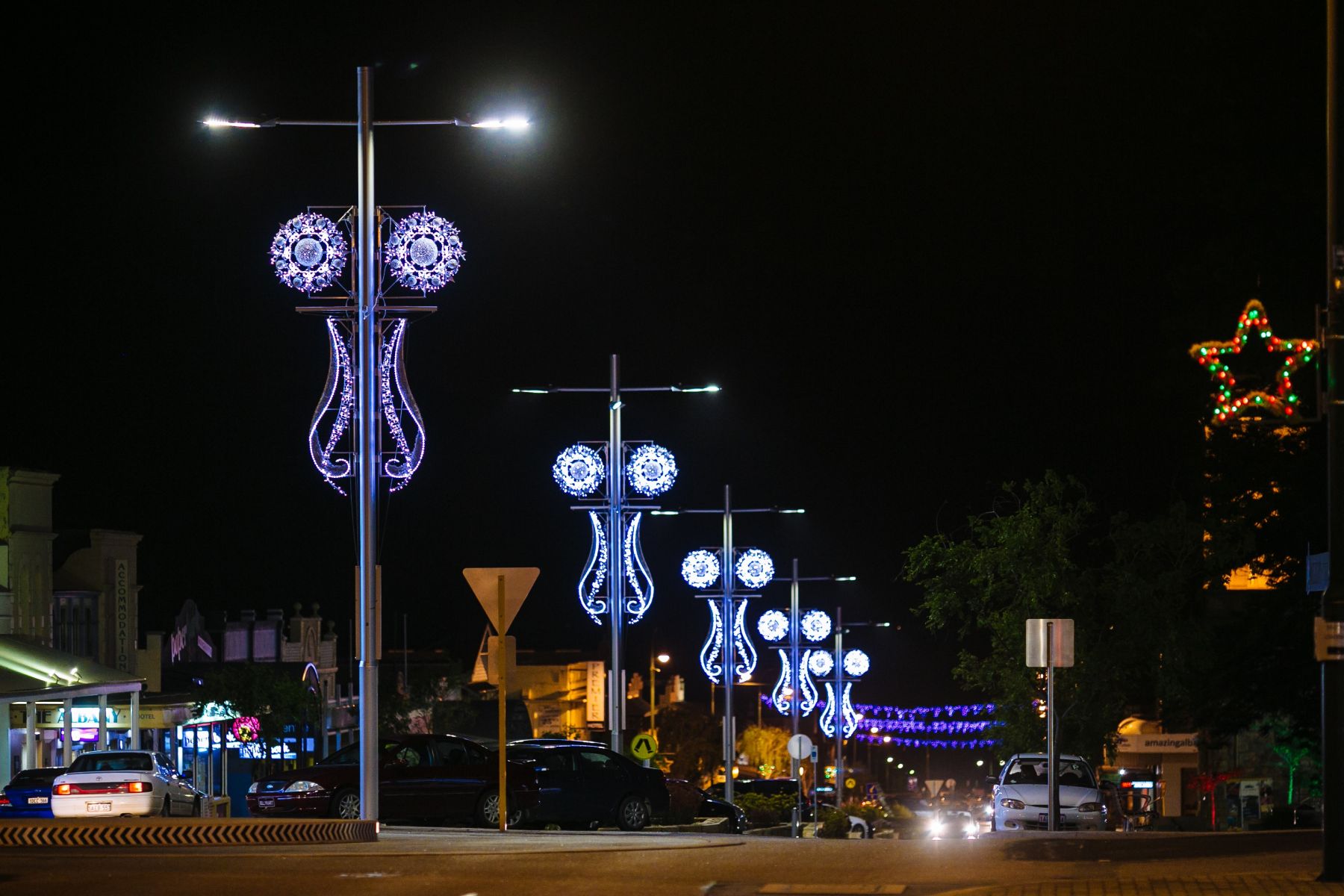 Amazing Albany, rich in heritage and culture, including the $20 million world class ANZAC Centre, has been a consistent entrant in the Tidy Towns Sustainable Communities Awards and won the State Title in 2015.

Albany is abuzz with active groups involved in wide-ranging environmental, community and cultural projects and backed by a forward thinking council,  Projects including; town enhancement initiatives, a tourist hub, projected lights on the main street, Centennial Park upgrades,  tree planting, end of use facilities as well as a new AFL stadium ensures that Albany's sustainable future is secured.

Albany's care of the environment is remarkable with the regional resource waste facility, Mr Fossiker's tip shop, Oyster Harbour rejuvenation project, community garden, Eco bikes, whale lookout expansion and its care for its cultural history, including the Mokare exhibition are a just a few examples.

Cocos (Keeling) Islands is a remote territory in the Indian Ocean. Comprising of 27 islands.  The inhabited West Island and Home Island have a population of 600 and reported volunteer engagement of 82 percent.

Significant upgrades to beautify the islands include transforming public areas, play parks and cleaning up back laneways. Ocean debris is a huge problem for this island community and the community has introduced a number initiatives including cleanups and audits to establish sources of waste and plan for the future. The new materials recovery centre is a significant project launched by the Hon. Fiona Nash and assisted by Keep Australia Beautiful Beverage Recycling Grant.  Glass, aluminium and polystyrene are now crushed and sent back to the mainland for recycling.  Residents now have three separation bins to separate waste streams. 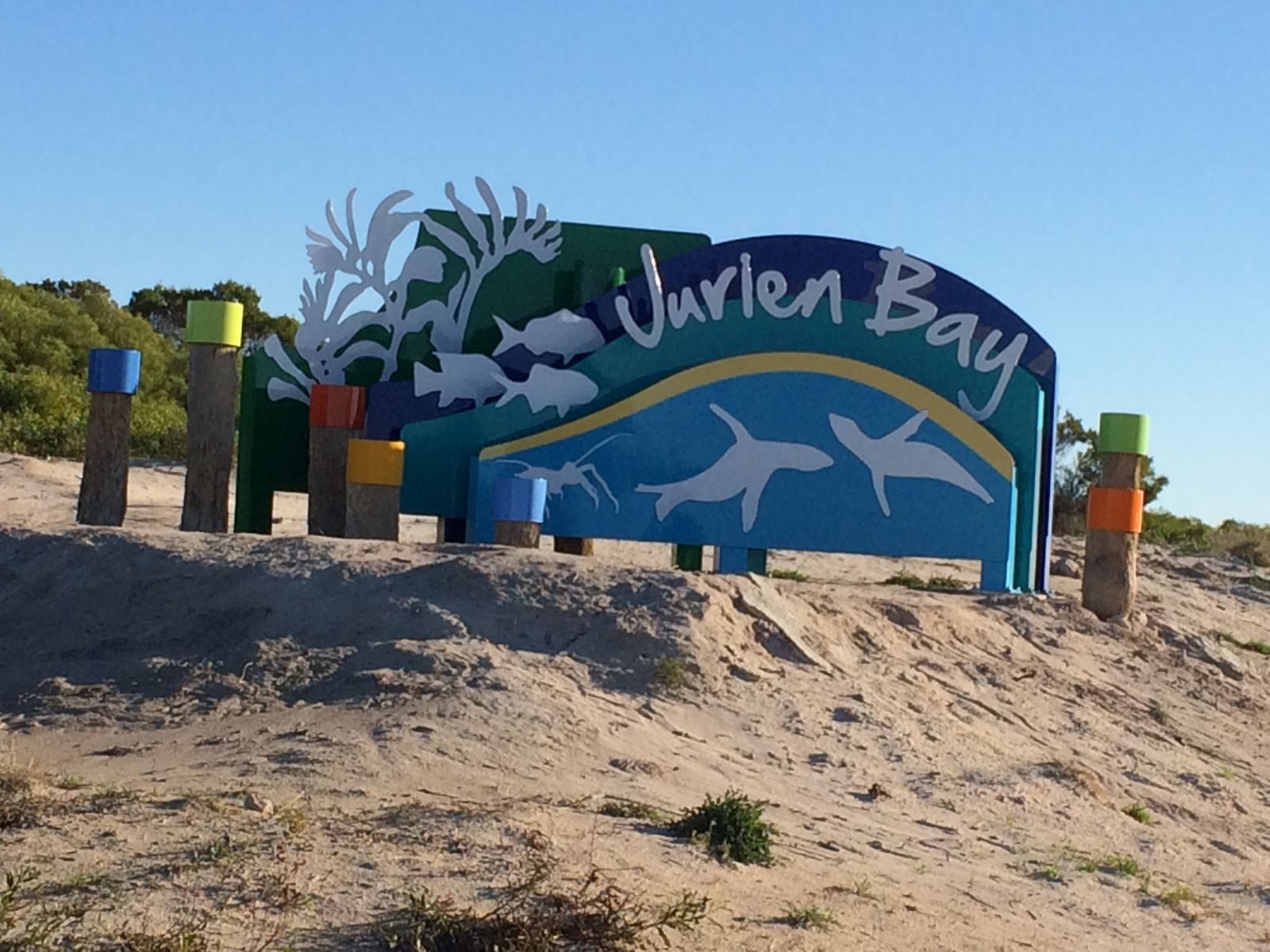 This Turquoise Coastal community is a favourite holiday destination for many Western Australians.  Ensuring the sustainability of Jurien Bay has meant volunteer groups and local government are proactively engaged in ways to address the needs of locals and tourists.

Collaboration across volunteer groups, agencies, CRC, and local government has meant that Jurien Bay is implementing resources and amenities for both locals and to attract and provide for tourists.

The completion of the 14 kilometre Turquoise Way Path enables cyclists and pedestrians to be able to use the path, once the domain of 4WDs.  Interpretive signage has been installed and is a large drawcard for tourists.  Environmental initiatives, such as businesses not supplying plastic bags, Jurien Bay as Gasfield Free, Citizen Science project, tree planting and beach cleanups are strong indicators of community action.

Entering the awards for the first time this year has highlighted the range of activities that are taking place in this beautiful South West community which attracts up to 500,000 visitors each year.

Waste management initiatives in the town, led by the Shire of August Margaret River, has seen the upgrade of waste service facilities the aim to reduce rubbish going to landfill.  A new tip shop and recycling facility have been introduced as well as identifying illegal dumping hotspots.

Community consultation groups such as The Community Access and Inclusion Reference Group (CAIRG) and Transition Margaret River have a significant role to play in advising, consulting and educating on environmental, sustainability and inclusion plans.

West Arthur has consistently entered Tidy Towns over many years and was awarded the State Title in 2011.  The Shire, with its main economic industry as wool and sheep, covers an area of 2,834 square kilometres with Darkan as its main town, (established 1907) and Moodiarrup and Arthur River settlements.

Significant projects include the impressive nature playground with donated and upgraded play equipment, including totems.  This project has had community support from Lions club and funding from Royalties for Regions and community chest funding.  The playground was opened at a community event.

The Caravan park now boasts refurbished kitchen ablutions, new chalet, and landscaping. The CRC and Kids Central both have demonstrated recycling and waste saving initiatives. Historical buildings, including the Town hall, have been given new life in the form of a community gym, actioned by volunteers.  The original Darkan Road Board building will house the Betty Brown Museum.  This project will utilise a bequest of $200,000 to the shire and will showcase the role of women in rural communities.